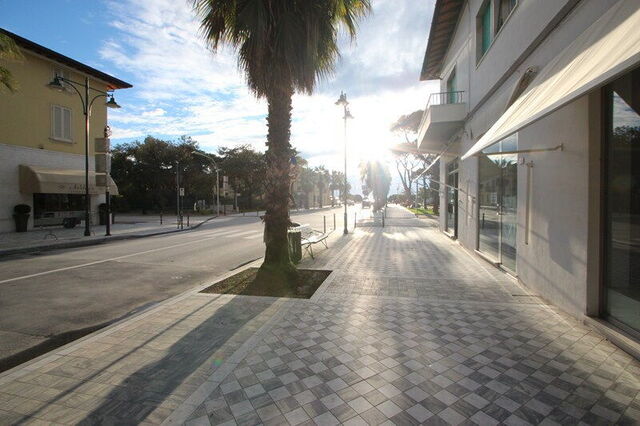 On April 26, 2014, Forte dei Marmi, celebrated its 100th anniversary as an independent town in Versilia.

One hundred years ago, a small village of a few hundred inhabitants, broke away from the City of Pietrasanta for political and economic reasons.

In fact, the ancient Forte dei Marmi, was seen as secondary area and not well cared for from the town of Pietrasanta.
In fact, the municipality took care to clean and keep in order their beaches and their possessions, Forte instead had to be taken care of by Seravezza, a town on the hills above Forte.

Despite the lack of care of the "Forte", the municipality in any case wanted to collect their own taxes from the citizens of this small village.

The future founding fathers were furious at this point and decided to sign a petition gathered in the still todays Piazza Garibaldi. The signatures were 288 and so began the short and fast race for Forte dei Marmis independence.

A politician of Lucca, Senator Montauti promised to the citizens of Forte dei Marmi to write and submit a law to the Government to make Forte independent but only if he was relected as senator.

Montauti, once reconfirmed, immediately presented the law to the government, which was approved in about 2 months.

From this moment began the raise of Forte dei Marmi. The economy, thanks to the marble began to grow and gave its citizens a good standard of life.

Then all the VIPs came and the still known Night Clubs in Versilia were opened. After that, a lot of events happened and created todays Forte.

Celebrations of the centenary

On April 26, 2014, the city was celebrating with fireworks and street markets .

Forte dei Marmi hosts the "Frecce Tricolori" (Italian Acrobatic Air Force Jets) over the skies of its waterfront to celebrate this centenary. An not unique event in Versilia. They were present in Cinquale a few years ago. These 10 Jets will perform fantastic aerobatic flights. We advise you to be present at this event, perhaps by booking one of our holiday in Versilia.